Young and Restless were drawn together in Canberra, Australia in April 2005 to August 2009. Ask the five members of the band what magnetised them and somewhere in the sprawling explanation there'd inevitably be reference to noise and energy. Because noise and energy are central to everything about Young and Restless. Guitarists Ash Pegram and Mark Falkland play with a hardcore intensity that struggles to be harnessed to the band's blink and you'll miss 'em pop songs. 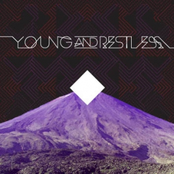 Something To Get You Hyped