1. Yasmeen Sulieman was born in Oakland, California and raised in Hawaii. Yasmeen Sulieman is a 1998 Brown Bags to Stardom winner. Yasmeen Sulieman played Chiffon in a national tour of the musical "Little Shop of Horrors." As a recording artist signed to Magic Johnson's label, Yasmeen Sulieman has opened up for big named artists like Sean Paul, LL Cool J, and Ashanti. In July 2007, when Karla Mosley announced that she wanted to leave Hi-5 in order to pursue other interests, Yasmeen took over her place. She is Mosley's permanent replacement. 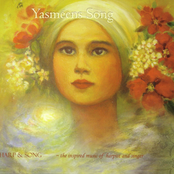