April 29th 1981 saw the release of Virna Lindt's and Compacts Firsts ever single a year to the day of the death of Britain's film autocrat Alfred Hitchcock. Following in the Great tradition of the Hitchcock blonde, this Swedish voice-over specialist managed to combine the careers of journalist, literary scout, designer and pop star while carving for herself a niche on the fringe of pop's unconditional frizz. As her looks echoed the charm of Grace Kelly 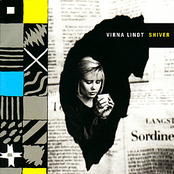