Susie Suh (born in Los Angeles, California) is a Korean American alternative/folk-rock singer-songwriter. In 2003, Suh signed with Epic/Sony; she ended up working with Glen Ballard, a well-known producer/songwriter/arranger.At first, Ballard only agreed to produce a few songs for Suh, but he was so impressed with her work that he ended up producing her entire debut album (a self-titled CD that Epic released in April 2005). With the album completed 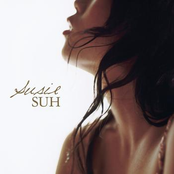