’Her forlorn, hyperromantic lyrics are what you’d expect from a girl who reads Shakespeare’ -Rolling Stone (October 2006) New website at www.susanenan.com. To be kept up to date with all the latest news go to www.susanenan.com/Register.aspx and join the mailing list. Susan Enan released her debut album 'Plainsong' in July 2009. In 2006, while demoing songs for the record, Enan began receiving worldwide attention after her track 'Bring On The Wonder' featuring Sarah McLachlan, appeared on the second season of the Fox show Bones. 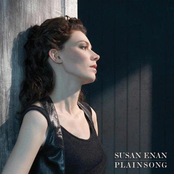