Los Angeles based of Verona, whose members hail originally from Toronto and New York, is fronted by a charismatic female lead singer, Mandi Perkins and two other uber talented 21 year olds, Dillon and Jeff. The band recently released their debut album, The White Apple, which was written, produced and mixed by the band at their Hollywood studio and is a collection of songs about realizing what is real and what is an illusion and learning to tell the difference; It's about letting go of the things that cannot change. 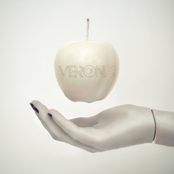