Naked Raven is a group of Australian musicians bringing classical finesse to an alternative, pop sound, with a divine blend of strings, percussion, piano, acoustic guitar, and vocals. Formed in Melbourne, in 1994, Naked Raven is unusual among Australian bands in that it spends much of its time touring Europe, especially Germany, where it has achieved a degree of critical acclaim and commercial success. The line-up of Naked Raven evolved during its early years 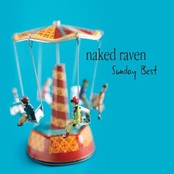