Megan Hilty attended Sammamish High School in Bellevue and the Washington Academy of Performing Arts Conservatory High School in Redmond, Washington. In 2004, she graduated from the Carnegie Mellon School of Drama and is a member of Actors' Equity. She is a recipient of the National Society of Arts and Letters Award for Excellence in Musical Theater. Her regional credits include productions of Café Puttanesca, Suds, and The Wild Party. Shortly before graduating from Carnegie Mellon

It Happens All the Time 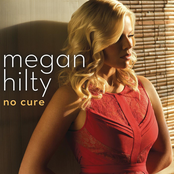