Mary was born in St. Paul, Minnesota, where she studied classical piano from the age of six. Within eight years, she was singing professionally with a local big band. After attending the University of Minnesota, where she continued singing with Minneapolis and St. Paul groups, Mary began touring the rest of the country with various folk, R&B, and rock bands. It was during one of these national tours that she caught the attention of Peter Yarrow of Peter, Paul and Mary. 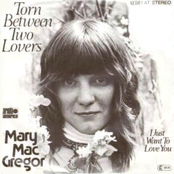