Laura Michelle Kelly is an Olivier Award winning British actress and singer. She achieved critical acclaim in the role of Mary Poppins in the musical of the same name. Laura's West End musical credits include Beauty and the Beast, Whistle Down The Wind as Swallow (2000), Les Miserables as Eponine at The Palace Theatre (2001), Mamma Mia! as Sophie at Prince Edward Theatre (2002), My Fair Lady as Eliza at Theatre Royal, Drury Lane (2003). She made her Broadway debut in a new production of Fiddler on the Roof as Hodel (2004) with Alfred Molina. 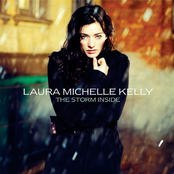