Julie Maria Barkou Larsen is a Danish artist (or singer/songwriter, as it is called nowadays). She has released "Beautiful Minor" which is in English and in 2007 "På Kanten Af Virkeligheden" an album with songs in Danish was released. The SNE-remix of her song "Også om Dagen" is to date (Oct. 2008) the most popular of all her songs in Scandinavia (especially Denmark and Norway). On the 5th of October 2009 Julie Maria released another album "Yaguar", which has received numerous excellent reviews. 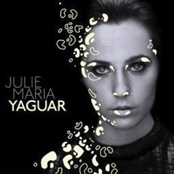