Judith Mavis Durham AO (born Judith Mavis Cock; 3 July 1943) is an Australian singer and musician who became the lead vocalist for the Australian popular folk music group the Seekers in 1963. The group subsequently became the first Australian pop music group to achieve major chart and sales success in the United Kingdom and the United States, and as of 2004 had sold over 50 million records. Durham left the group in mid-1968 to pursue her solo career.

For Christmas With Love 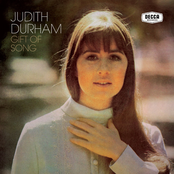 Hold on to Your Dream