Fakuta is the alias of Pamela Sepúlveda, a Chilean composer and songwriter. Her music has been described as "delicate indie space pop", having an ethereal sound that is normally only accompanied by her voice. In live shows, she performs with three performers known as the Laura Palmers. She released her debut album, Al Vuelo, in 2011, through the netlabel Michita Rex. 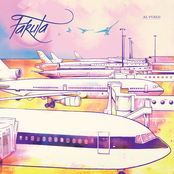